It’s never dull researching during the rainy season in southern Mexico. During the morning I dashed around Tapachula, trying to finish up and then traverse the uber-curvy road through the Sierra Madre range before the afternoon rains made it impossible to see. Yesterday, I headed out too late to the coffee-growing mountain areas of Santo Domingo and Union Juárez. I’d had to pull over on the outskirts of the city and wait an hour as the thunder cracked overhead and the rain was an opaque non-navigable blob. Once I could see, certain intersections of Tapachula resembled cresting rivers, with whitewater at least two feet deep. 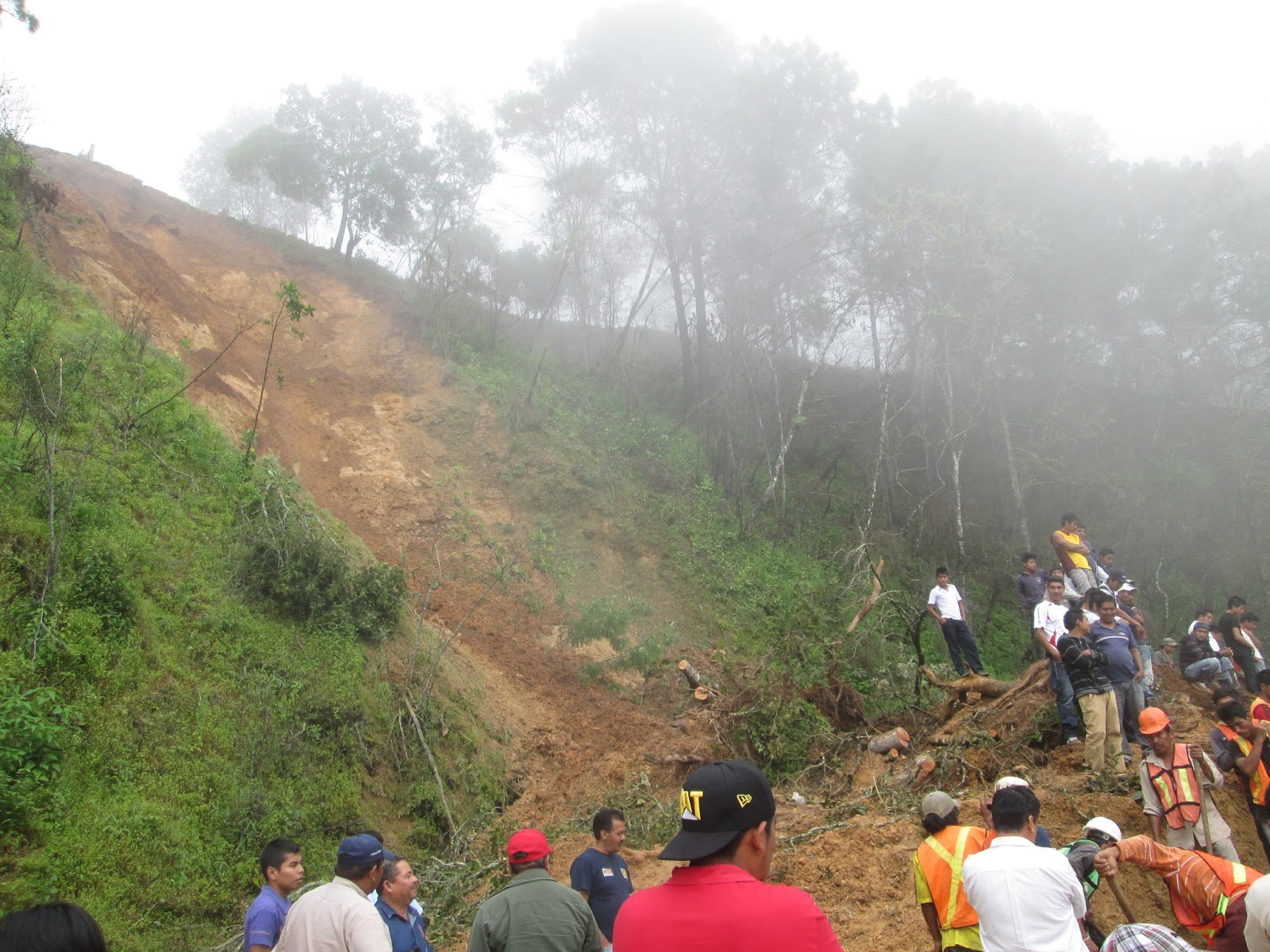 I wasn’t able to leave until about noon today, but the drive north twisted through dense cloud forest so gorgeous that it made all the back-and-forth steering contortions worthwhile. The road sign pegged Motozintla at 30 kilometers, and Comitán was a few hours past that. Rounding a curve, a line of cars and trucks idled with their hazards on, and I did the same. One by one the engines went silent, so I followed suit and asked what was going on. A landslide, they said, it’s been here since this morning and it’s a few kilometers ahead. 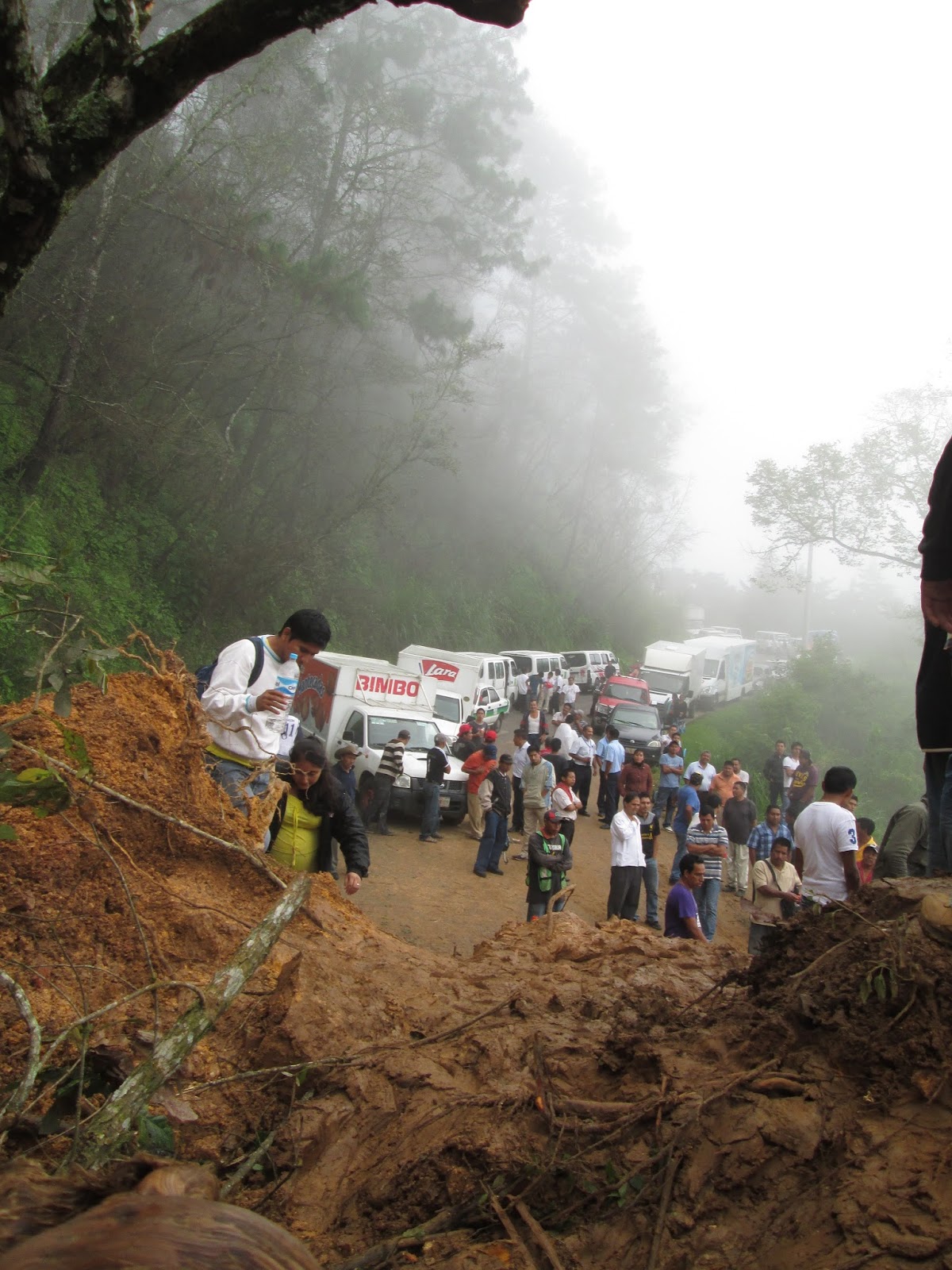 Well, it was more like ten minutes walking until the front of the line, where a huge stripe of mud and trees had skidded into the roadway. Thirty men with shovels barely dented the surface of a hill some fifteen feet high. Combis, the vans used for regional public transportation, discharged their passengers close to the muck on both sides, and people carefully climbed over to continue their journeys with combis on the other side. Folks near that front of the stagnant queue said that the mud had dislodged early in the morning and amazingly no one had been hurt. 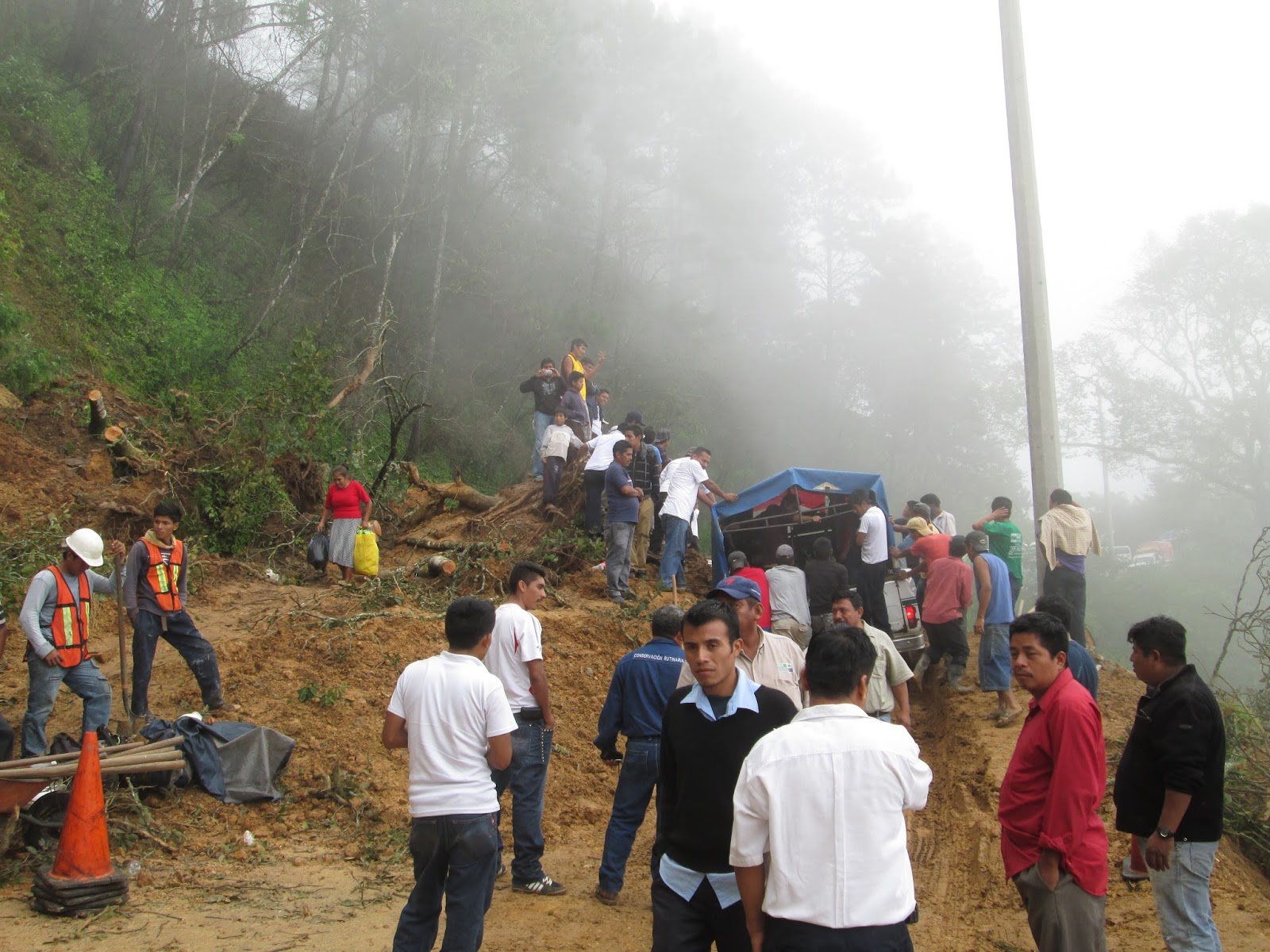 So it was a morning of frenzied and needless rushing, followed by an entire afternoon waiting for an earth mover to scrape the road. And perhaps a nudge for me to slow down my schedule and take things at a more relaxed pace.