Touchdown in the land of Bolívar

A friend described arrival in Venezuela as akin to getting your sea legs. To me it feels more like running a gauntlet. It's certainly not like flying into any other place I know. 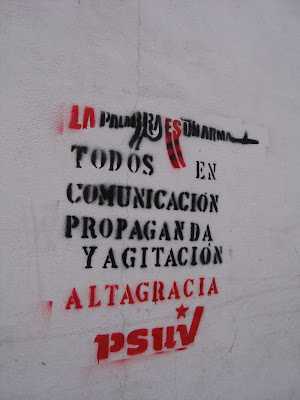 First of all, the embassy travel reports hyperventilate about crime at the Caracas airport. Don't arrive after dark. Don't catch rides with unofficial taxis. Be wary of strangers, who could be drug smugglers (putting things in your bags), or run-of-the-mill thieves (removing things from those bags).  Other warnings include nightmares like "express kidnappings" en route to town and extortion by police authorities.

Because of an artificially pegged currency situation, local currency withdrawn from ATMs means you’re essentially paying double for everything- unless you change money on a dodgy black market.

And the merciless airport touts know you need bolívares and transportation, with every other person trying to herd you into a makeshift taxi or whisper “change money” as they stroll by.

It's enough to make you completely paranoid.